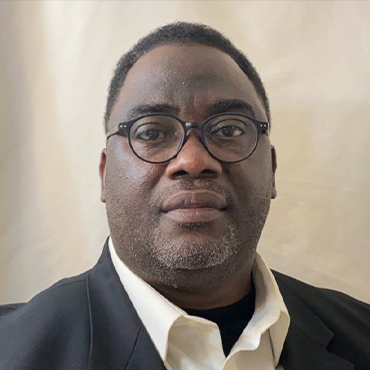 Officer Cumberbatch started his career as a New York City Correction Officer in August 1987, earning him 33 years of service. During that time, he has prided himself in having the back of his brother and sister Officers by standing shoulder to shoulder with them in the toughest situations. He is a dedicated front line officer who has nothing but respect for his fellow officers standing next to him at roll call.

Officer Cumberbatch spent 20 years as an Intake Officer at EMTC, where he earned the admiration of his peers for his professionalism, courtesy and effective approach to resolving difficult problems. He strongly believes that Correction Officers are the unsung heroes who get the job done every day under very stressful, intense, and dangerous conditions.

After giving so much of himself over the last three decades to his fellow officers as far as guidance, time, advice and support, Officer Cumberbatch is just getting started. He spent the past 7 years serving as a delegate, which confirmed for him that he can improve the lives of his fellow officers in the Department. This includes enhancing officer safety, eliminating unfair discipline, increasing benefits, and ending the attacks officers face-- not only by inmates, but the very department he and his fellow officers work for.

The years Officer Cumberbatch has spent on the front lines have ingrained in him a heightened sense of family and community. He understands what it means to leave the facility safely everyday to get home to his family, after working with his extended family on the job. He also has gained a vast knowledge of the judicial system, and knows what it takes to play an effective role in that system.

Officer Cumberbatch has never stopped learning, developing or looking for ways to improve the lives of his brother and sister officers, with whom he proudly serves. He understands the plight of those who wear the uniform, and is committed to using his talents, skills, and communication abilities to make life better for the rank and file. He looks forward to serving as your next Financial Secretary, and is beyond ready for the challenges ahead.