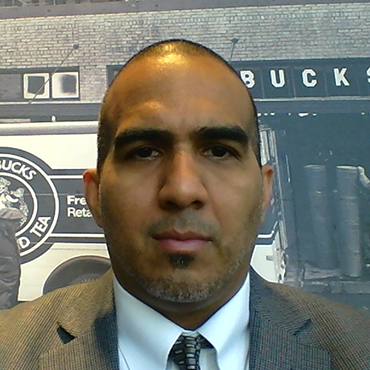 Officer Jiminian entered his Law Enforcement career in February 2004 with a background in Liberal Arts from CUNY at BMCC & Forensic Psychology from John Jay College while working as a Paralegal within the private sector. Upon completion of the Correction Academy he commenced his journey at Anna M Kross Center (AMKC) during the first seven years where he volunteered for the worst of housing areas Quad Upper 9/11. During that time, he saw the swinging pendulum trap and realized he needed to develop his craft by learning and finding the intricate loopholes within DOC policies and procedures.

In 2006, he got involved with the New York City Department of Correction Pistol Team where he acquired another skill, Marksmanship. During the summer of 2007, under the guidance of Pistol Team icons Edward Shanley, John Hernandez, Joseph Marchione, Roger Chappelle, and Wanda Guzman from NYPD, he led his Team to First Place (TOP GUN STATUS) with three Gold, two Bronze, and two Silver medals against the common rivals NYPD and TBTA and consequently was given the TOP GUN Award.

In 2010, he transferred to Vernon C Bain Center (VCBC/MTF3) where he further enhanced his craft on policy and procedures. In 2018, he decided to fight on a broader spectrum, the disparaging treatment against Correction Officers by running for COBA Delegate of VCBC. His confidence and support resulted with a landslide victory. As a COBA Delegate, he placed Administration on Notice for numerous violations and consistently held them accountable to Policy & Procedures. When confronted with obstacles, he sought outside remedy for immediate redress which made him a force to be reckoned with. Noticing the limitations of wanting to do more within a limited capacity, he decided to run for Legislative Chairman position to have a greater impact for Correction Officers department-wide.