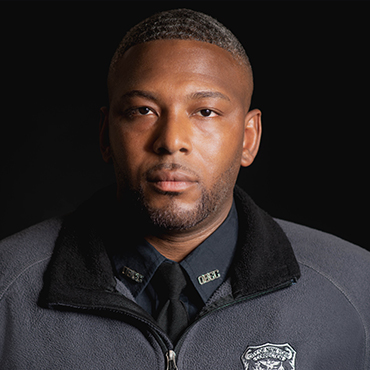 Glenn Morgan joined the department of corrections in 2002. He has 18 years of experience working with inmates, officers, and officials within the OBCC facility.

Glenn started his career working in CPSU housing area and several years later, he was assigned to work in Security. While working in security, he learned his most valuable lesson which consists of team building and knowledge of policy and leadership. Later he was assigned to the storehouse, the position not only consisted of the management and budget of supplies for the entire facility, it also consisted of the development and utilization of project management and interaction with not only officers and inmates, but also contractors and “civilian” employees. In his early years of working in storehouse, he embarked upon a mentor who guided him in depth with regards to understanding and applying policy and procedures, redefining leadership skills and overall interacting with not only his peers but also officials. This ignited a burning desire within Glenn to assist staff and spread the knowledge he had acquired amongst them. He shortly became a “peer” advisor and was prompted to run for OBCC delegate in 2015 and secured the position. He was re-elected in 2016 and currently serves as a delegate to date.

As a delegate of OBCC, he shortly became a household name amongst officers in the facility for advice, support in every aspect, fighting for the safety and protection for not only the officers but the building as a whole. Due to the rise in assaults on officers, he sought to develop and implement a program in which, provided new officers with tactical training within the facility for “Real” encounters with inmates. He developed an technological “open door” policy in which officers are able to ask questions or voice concerns as well as contact him and other union officials within the facility directly. He has strived to build camaraderie amongst staff.

Glenn’s mantra is simply “each one teach one”. That is his driving force behind his passion to help his fellow officers. He has identified the power of knowledge gifted by those who have mentored and shared with him throughout his career, as well as implementing his own experience; feeling compelled to continue to share this knowledge amongst those who seek his help.