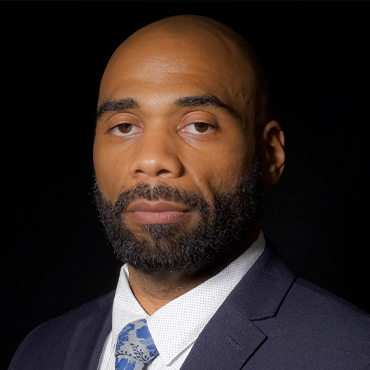 Charles J. Wingate began his career as a dedicated Correction Officer in 2004 after making a major decision to leave his then-promising career on Wall Street as a Series 7 Broker. Upon entry into this new career, Wingate was assigned to the Eric M. Taylor Center (EMTC), where his easy-going spirit and calm demeanor immediately invited both the senior staff and new members of the department to endear him.

During Wingate’s tenure he has always excelled when assigned to the Intake “A” post and other high-volume areas. In particular, his assignment to the General Office is where Wingate earned the respect of his fellow colleagues who noticed the inequalities in the treatment towards Correction Officers. It was their confidence in Wingate that inspired them to nominate Wingate for the position of Union Delegate in the Correction Officers’ Benevolent Association (COBA). His welcoming personality, strong character, and tenacious willingness to advocate on behalf of others made it an easy win, hence, he served as a Union Delegate at the Eric M. Taylor Center (EMTC) prior to its recent closure.

In his spare time, Wingate also has the honor of working as a volunteer coach with the Department’s Basketball team. Being immersed with coaching and communicating with his peers he realized his fellow brothers and sisters need a knowledgeable and trust-worthy representative to advocate for them. This sparked his decision to run for the position of Manhattan Borough Trustee.